Los Angeles is closely associated with the golden age of cinema, and movies remain a favorite pastime for residents of southern California, even if the theater-going experience has changed over the years. Some parents are so enraptured with the latest Terminator flick they insist on bringing their infant along, but this is a bad idea for many reasons. 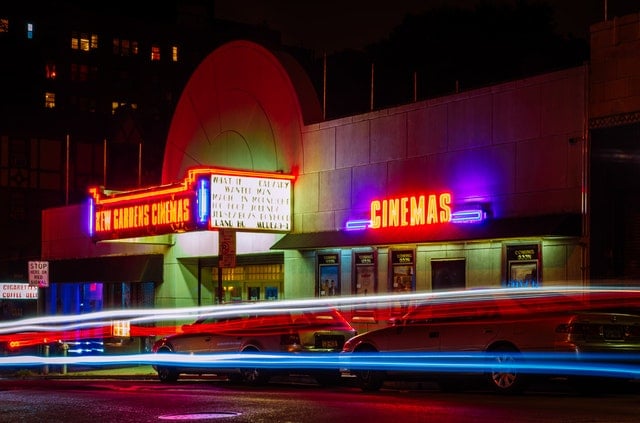 We understand that parents of newborns crave a break and want a night out on the town, but if they can’t find a sitter, they’re better off staying home. Bringing a baby to the movies isn’t only disruptive to other patrons, but can cause irreversible damage to little ears.

Few parents would dream of taking their babies for a drive without ensuring they were safely secured in a car seat, and most ensure electrical outlets are covered and dangling drapery cords tied up, yet a movie theater is every bit as potentially hazardous to a baby’s health.

You might assume your newborn will just sleep through the film, but even if they do, loud noise may cause irreparable harm to their hearing.

“Any exposure to loud sounds, especially above 70 to 80 dB level, puts an infant’s ears at risk and places these vulnerable patients in jeopardy for permanent damage to hearing. Movie theaters are too loud.”

How loud is the average movie theater sound track?

Typical movie sounds register below 85 decibels, considered the threshold for safe hearing, but this isn’t always the case.

How loud can a movie theater sound track become?

An NBC News report illustrates the dangers posed by some movies; for example, “The Magnificent Seven,” a western with gunfire sequences, registered 97.2 dB in places and two other popular films were even louder: “Storks,” geared toward kids, measured 99.3 dB and “Deepwater Horizon” climbed as high as 104.9 dB.

How quickly can this damage a baby’s hearing?

Sounds that loud can cause irreversible hearing loss after just a few minutes.

Constant loud audio does the most damage to children’s hearing

It’s the cumulative effects over time that are most concerning. Exposure to sounds exceeding 85 dB can cause permanent damage after eight hours, but according to the National Institute for Occupational Safety and Health, for every  three dB increase in noise, your safe listening time is cut in half.

This means that a noise measuring 100 dB can cause hearing impairment in only 15 minutes. Exposure to a 90 dB sound level for a few minutes won’t cause harm, but if a two-hour movie averages 90 dB and you take your baby to the movies on a regular basis, hearing loss may develop over time. Worse still, very loud sounds that exceed 130 dB can cause an instantaneous loss of hearing. While these sounds are typically associated with guns or fireworks, there are a few action flicks that come close in key scenes.

How can you protect a newborn at the movie theater?

If you absolutely insist on bringing a newborn to a movie theater, it’s imperative you protect their hearing. Look for quality earmuffs designed for hearing protection instead of small earplugs, which could end up in a baby’s mouth, representing a choking hazard if swallowed.

Your Los Angeles audiologist can share more tips for protecting the sensitive hearing of infants.